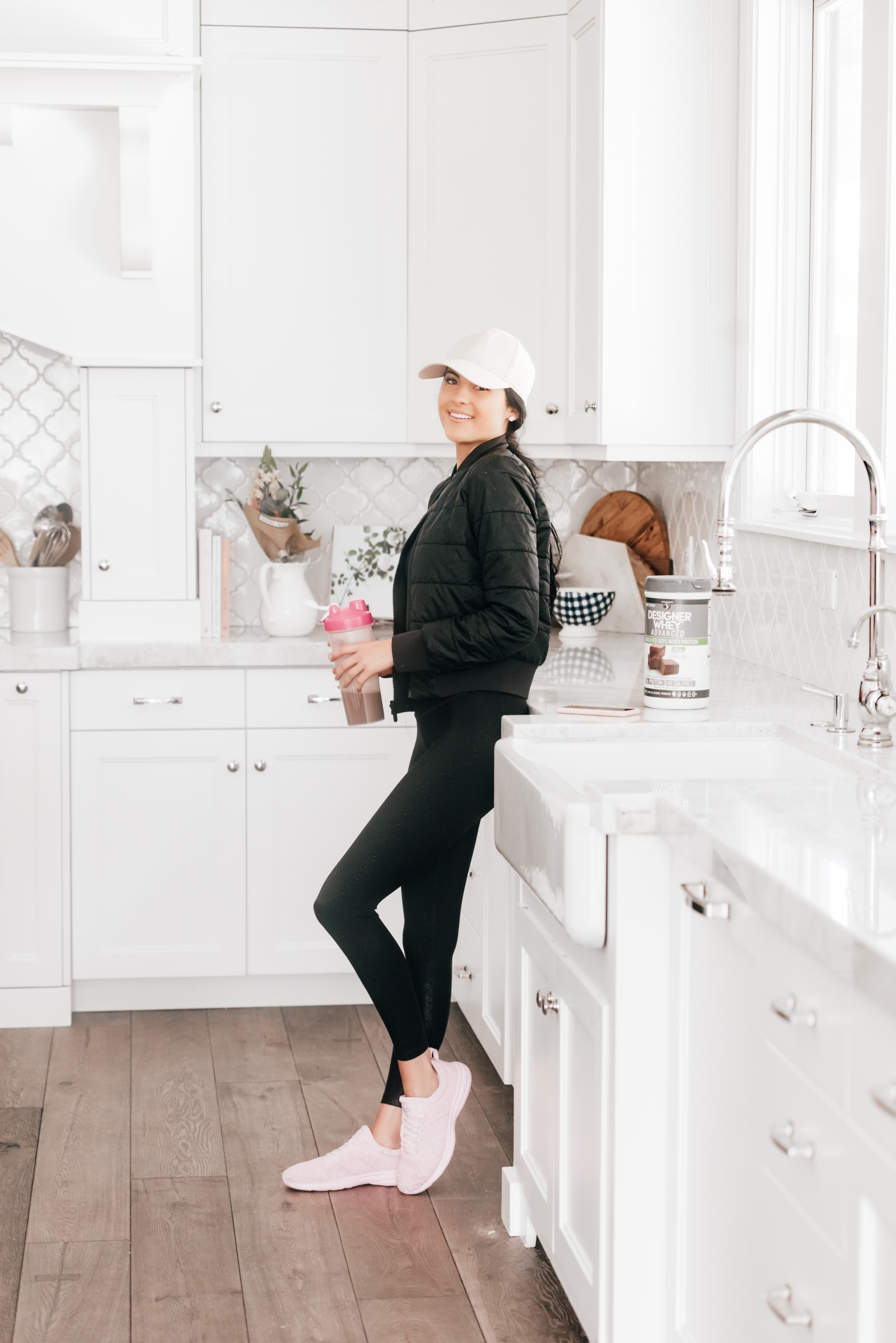 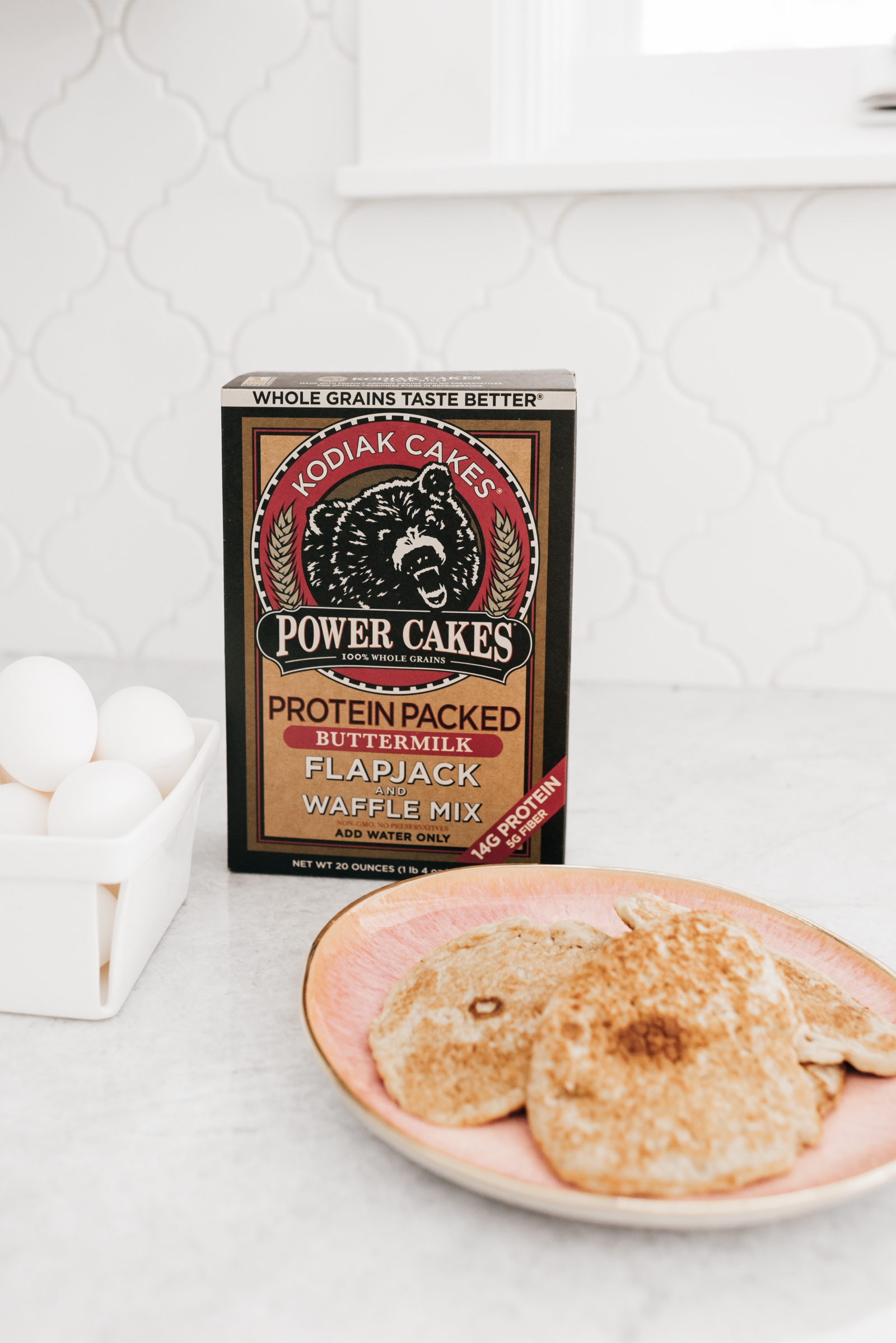 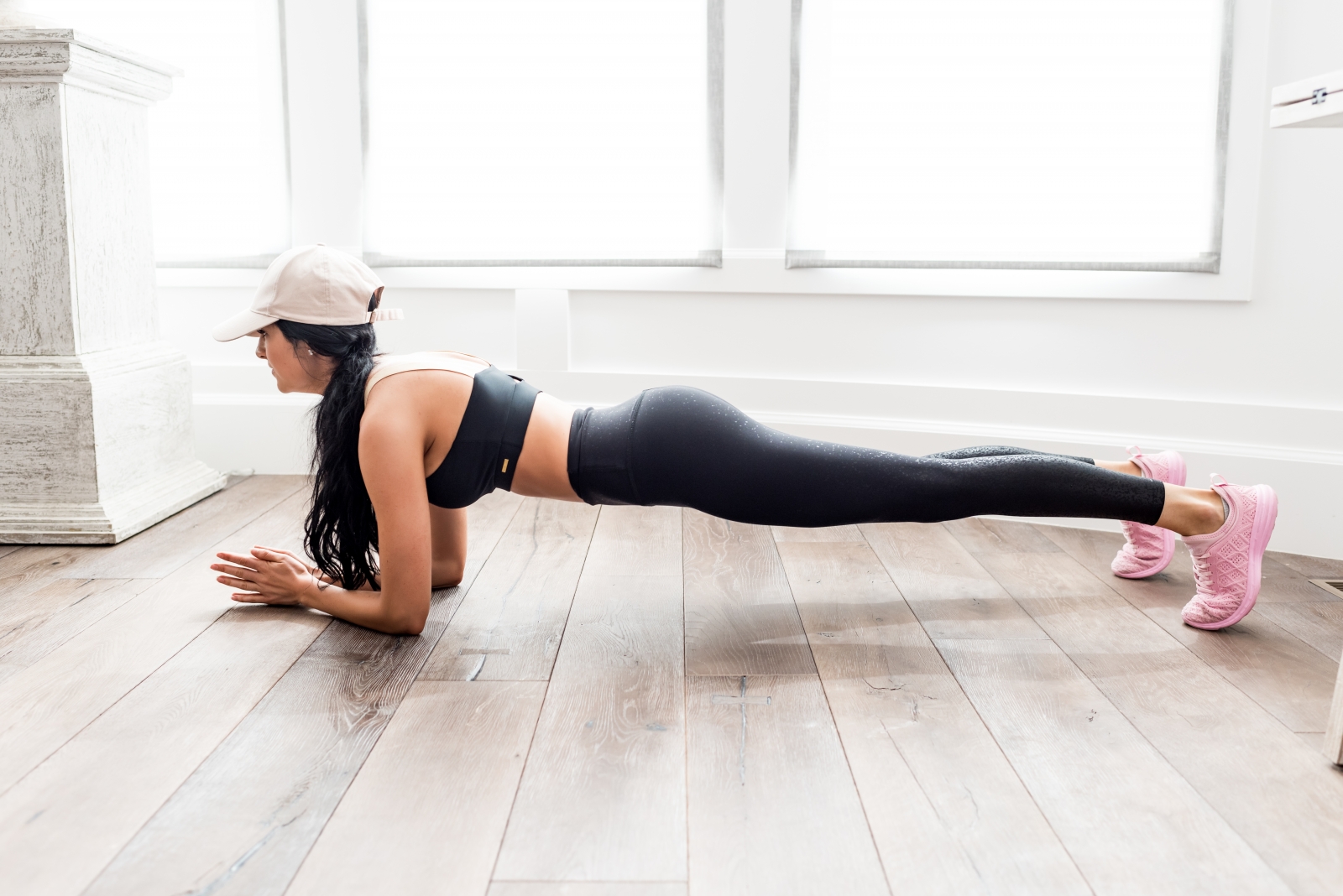 ^^I hold a two minute plank everyday!! Either in the morning after my workout or before I go to bed!! It made all the difference in flattening my stomach after having two babies!! I had to slowly build up to holding two minutes. 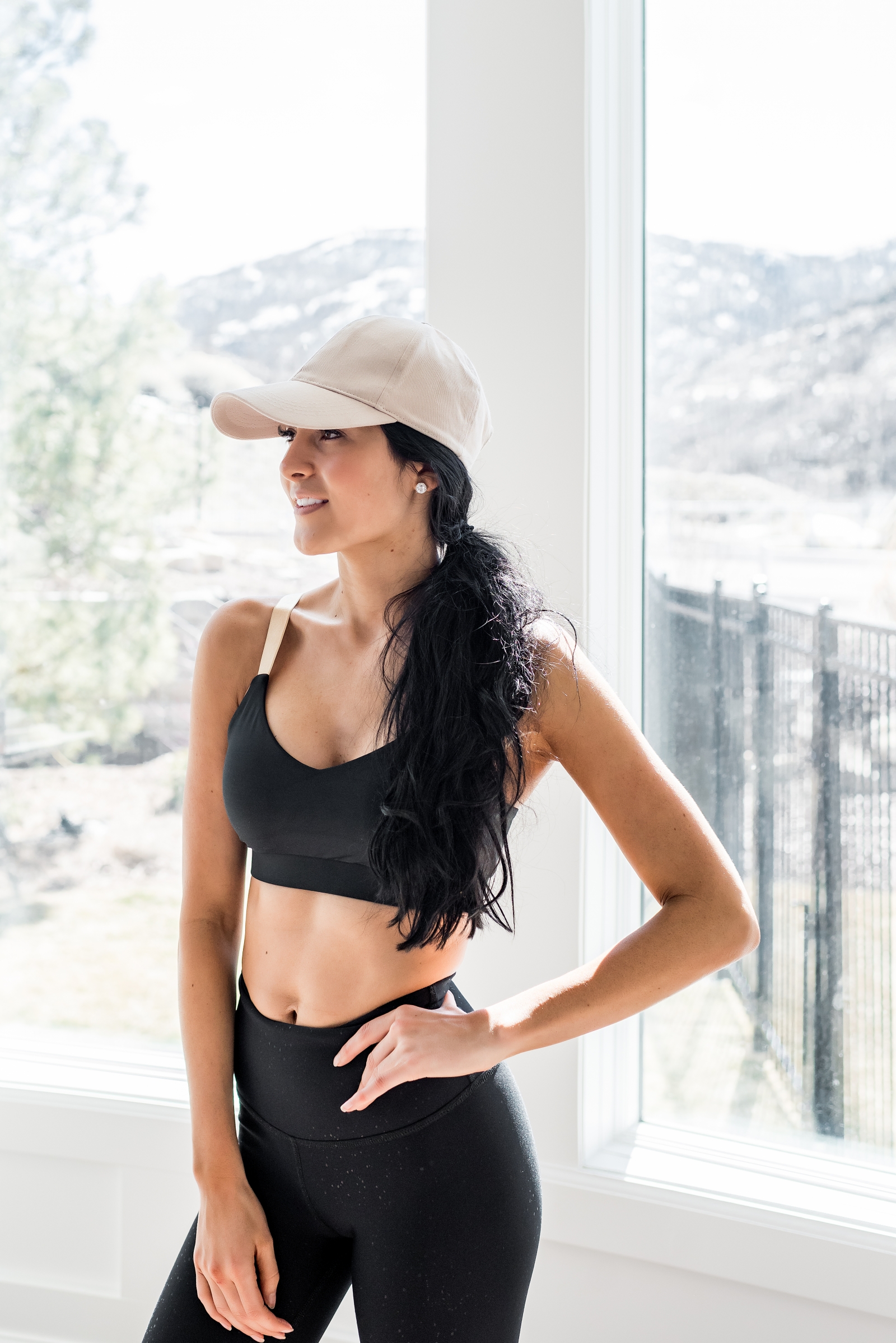 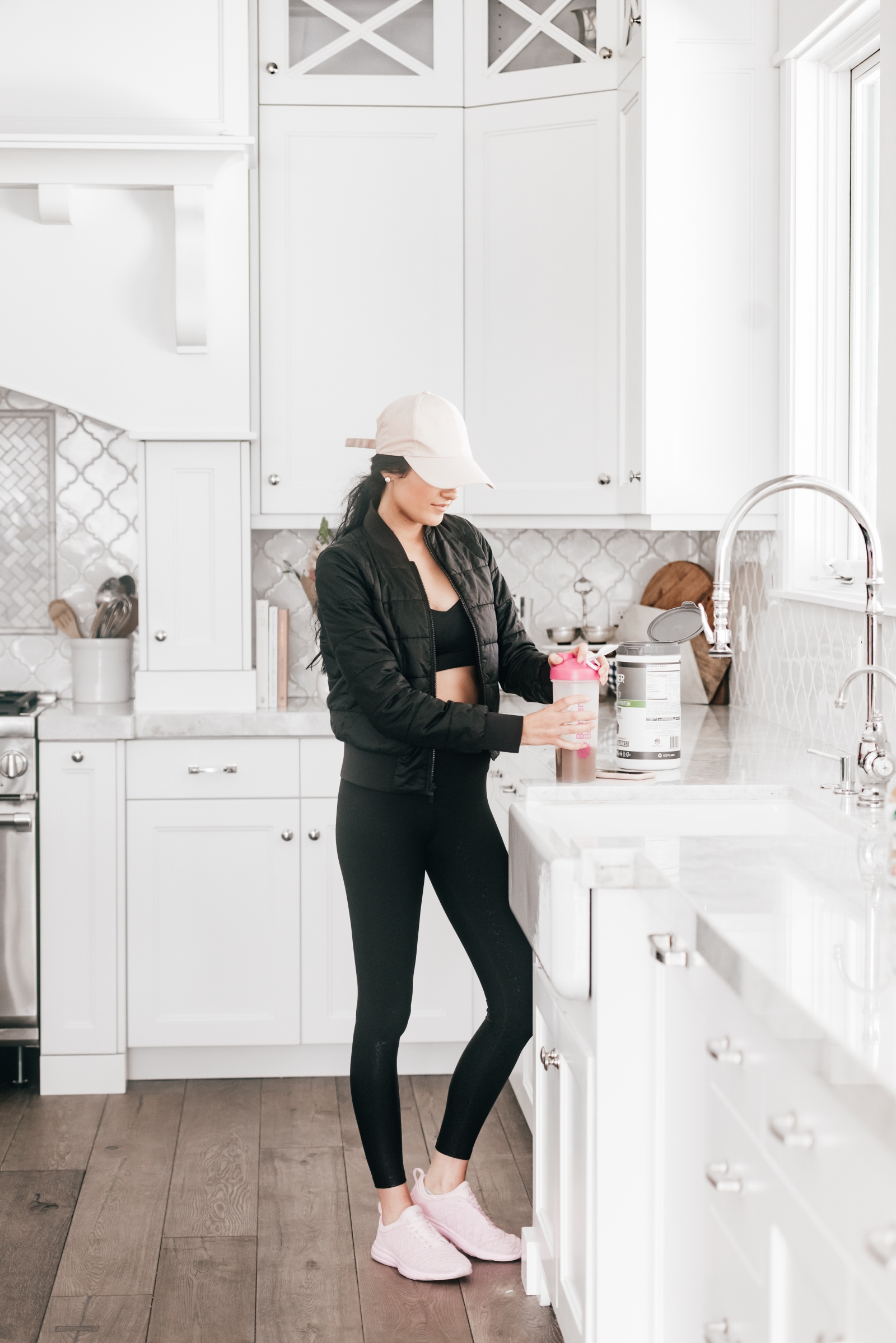 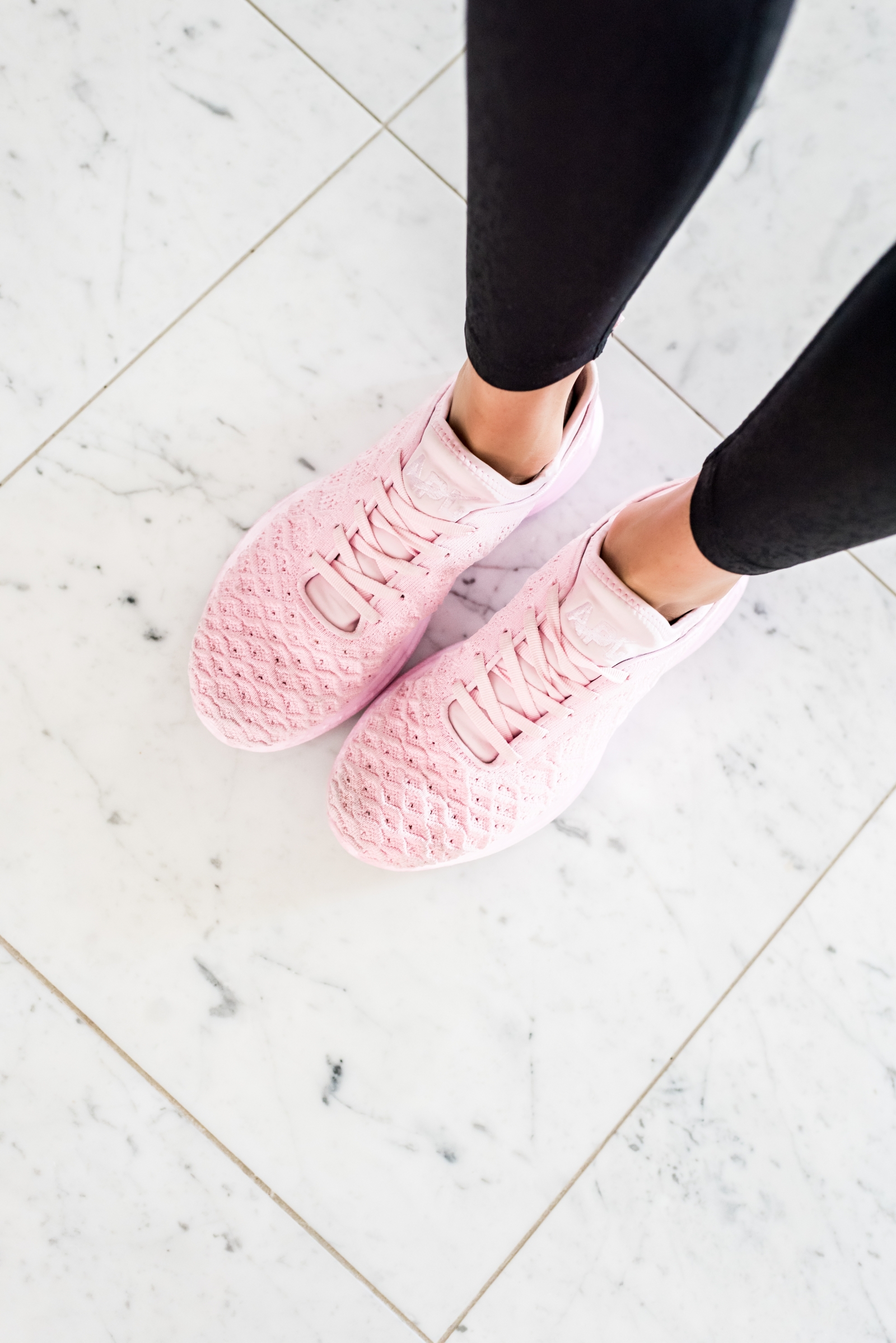 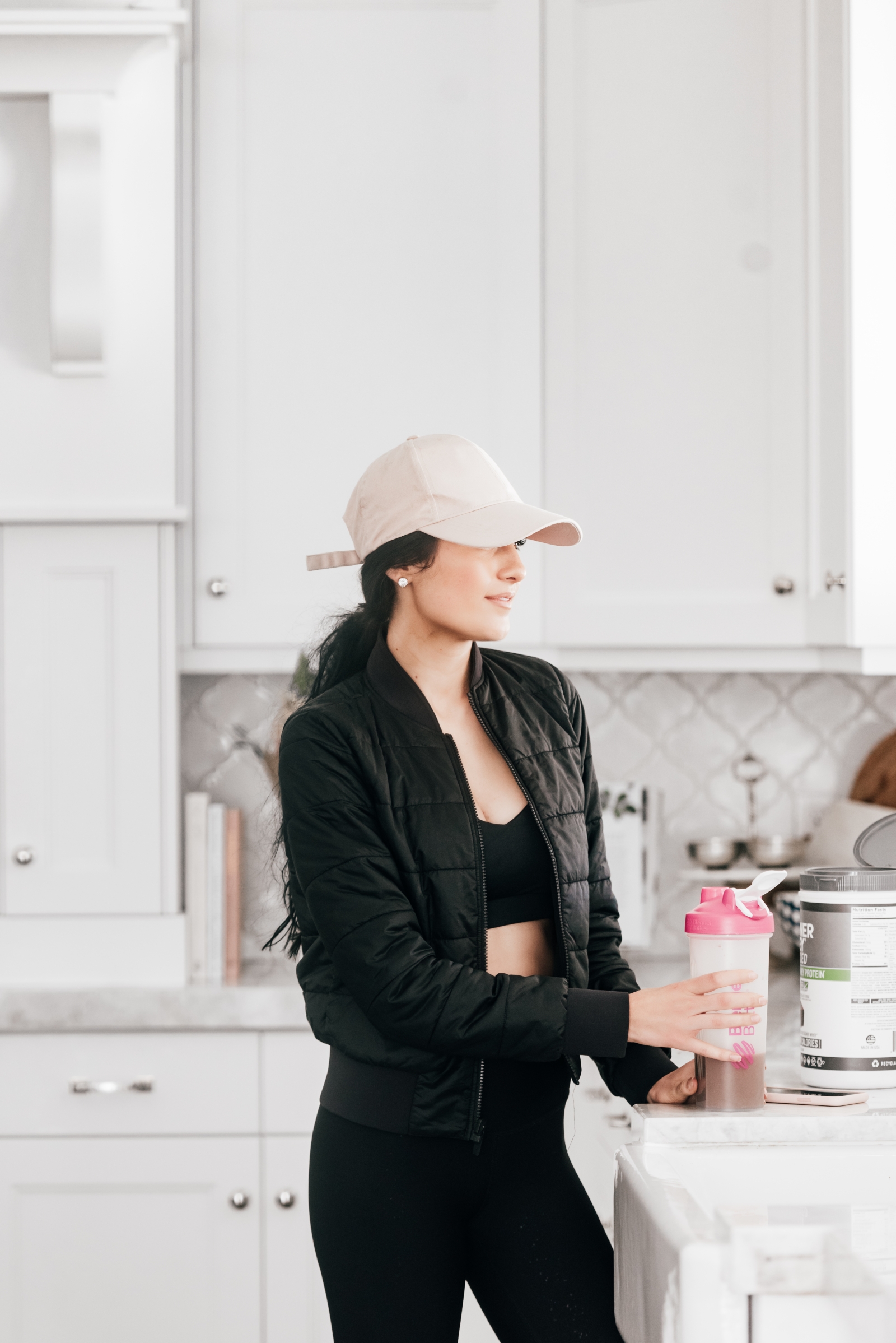 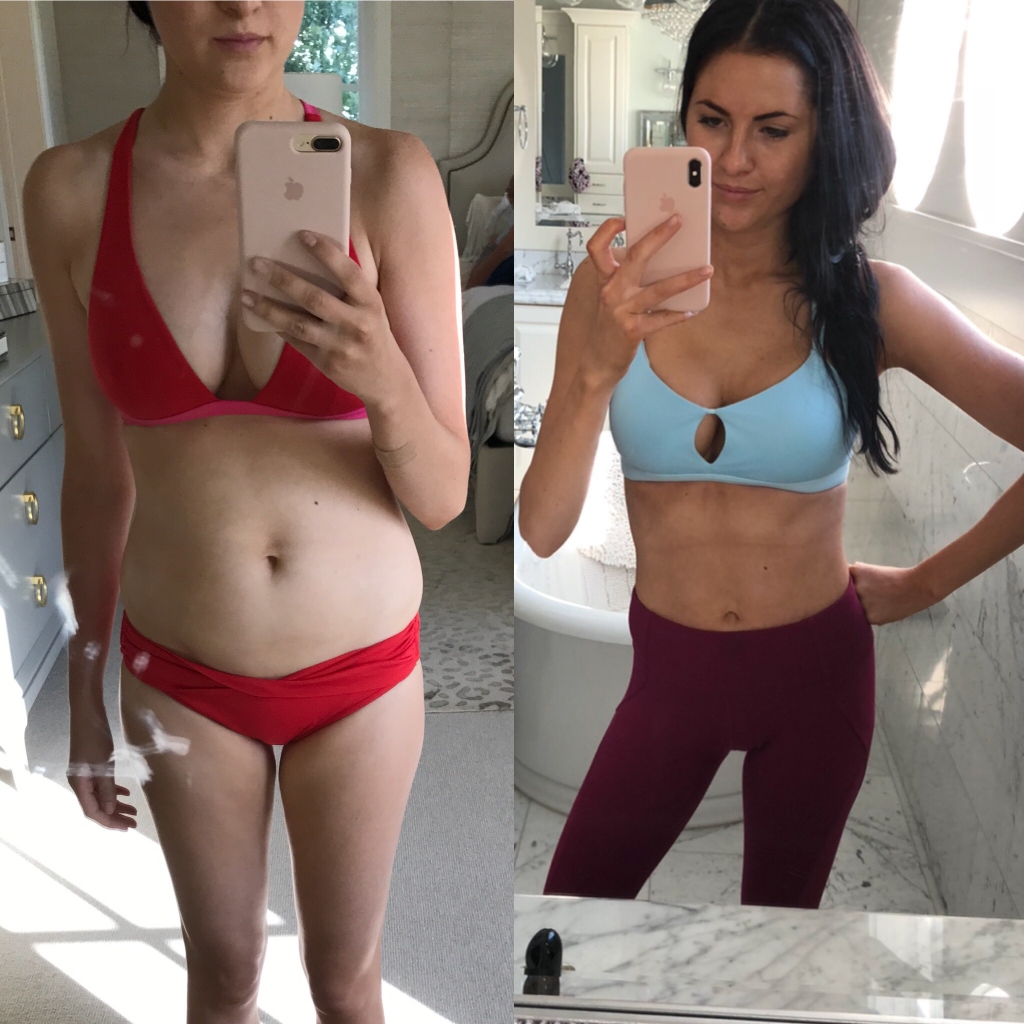 I’ve had A TON of reader emails and DM’s asking me about my morning routine so I thought I would steer away from the usually outfit post and share what most moorings look like for me. I usually wake up between 5:30 and 7 to get my workout done for the day. Although I should start with- I have totally fallen out of my early morning habit lately. It’s been so crazy gearing up for the launch of my spring collection and I’ve had SO many late nights working that I’m totally out of my routine BUT that’s ok!! I haven’t been perfect lately but that doesn’t diminish all my hard work and my alarm is set for 7am tomorrow and I’m going to do a quick workout at home before I have to take Isla to pre-school and then run to a shoot and meetings. I’ve learning balance in all things and sometimes sleep is more important than a workout.

Ok- back to my morning routine that I’ve been consistently following since May ’17.

*Throw in blender and mix well.

5. While I drink my protein shake I usually catch up on emails and look at my to-do list for the day.

6. My babies usually start waking up shortly after so I run up and grab them from their beds, change their diapers and then we make breakfast. Their favorite breakfast is Kodiak Cakes and eggs. If you haven’t tried these yet you need to! There’s 14G of protein in a serving, they’re whole grain and all around healthier for you than regular pancakes. It’s a Utah based company and it’s all the rage here. No one eats normal pancakes- it’s only kodiak cakes!! I also like to make some scrambled eggs with the pancakes and it’s super good to add them on top of a kodiak cake with a TBS of pure maple syrup. It’s a little salty and sweet. I usually do this for breakfast on Saturday after a cardio class or run but my kiddies love to eat this combo almost every morning!

During the week I typically have eggs for breakfast.

Egg Breakfast 1: 1/2 cup cottage cheese, a handful of chopped veggies (I add onions) 2 eggs and 2 egg whites. Mix all to together in a bowl, then cook in frying pan.

Egg Breakfast 2: Two eggs, two egg whites, 1 slice of Dave’s Killer bread (I use the 60 cal loaf) with a square of light laughing cow cheese spread on toasted bread and avocado on top.

7. After breakfast we get ready for the day, I run Isla to pre-school.  I love getting a head start to my day before my babes wake up and I find that I actually have more energy throughout the day when I get up and hit the ground running!

I use to sleep in around 9:30 or 10:00 when it was just me and Isla Rose (she was such good sleeper) but after I had Jackson, he always wakes up around 8:30 and I would dread getting out of bed when I would hear him cry in the mornings because I was SO exhausted. My body wasn’t up and moving yet, it takes me a while to wake up. Forcing myself to wake up early for a few weeks was hard at first but then it became second nature to me and I loved that I was already up and running to grab him from his bed at 8:30 instead of dragging my feet and wanting to go back to sleep! I will never understand how my body thrives on waking up early and I have more energy. You would think it would be the opposite!

I hope this helped answer some of your questions about what my morning look like! I would love to hear your morning routines as well! It’s always so interesting and inspiring to hear how other women start their day!

*also it’s 1am and I just typed this quickly. Please excuse any spelling or grammar errors. I don’t have a professional editor who checks these posts so please go easy on me. I know it’s probably not perfect but bare with me. Wasn’t intentional and if I had an hour to edit I could make it perfect but I need to go to bed! Love you all!

79 thoughts on “FAQ: My Morning Routine…”